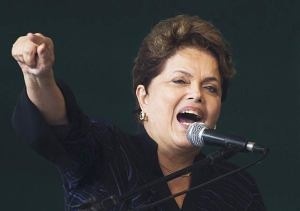 The new year is charged with a numerous of national elections held in the Americas.

This includes countries with democracies like Colombia and Brazil, which hope the new government can set a limit to internal violence in the country.

Colombia’s President Juan Manuel Santos is most likely to be re-elected president of the country in 2014. (AP Photo/Fernando Vergara). Presidential elections in Colombia initiate on March 9, 2014 with the parliamentary elections, where both chambers of Congress will elect members. The presidential elections take place on May 25, with a second round if needed. The current president in Colombia, Juan Manuel Santos, is very popular in the country and is most likely to be re-elected in the parliamentary and presidential vote taking place in the spring.

However, conflicts between Santos and his former mentor and predecessor, Alvaro Uribe, has caused a new opposition party with former finance minister Oscar Ivan Zuluaga as its candidate.Due to constitutional rules, 61-year-old Uribe cannot run for another term in office, but he would seek election to the senate. Almost 30 million people in Colombia are registered to vote.

Dilma Rousseff goes for another term

President Dilma Rousseff of Partido dos Trabalhadores (PT) is the first woman to hold office in the country. The building of stadiums for the 2014 World Cup and 2016 Olympics falling behind schedule, Brazil’s state-run oil company, Petrobas and the US National Security Agency tapping her phone have concluded a tough term since her first day in 2011.
Regardless, the 66-year-old will be running for office once more.

Rousseff is secure about her re-election unless a major economic crisis impacts the country.
The final date for parties to officially launch their presidential candidates is June 30. However, some major political parties already have their candidates, including, Dilma Rousseff (PT), Eduardo Campos (PSB), Aecio Neves (PSDB) and Randolfe Rodrigues (PSOL). 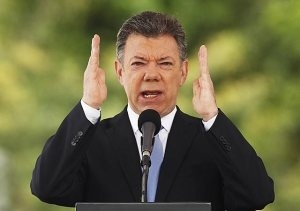